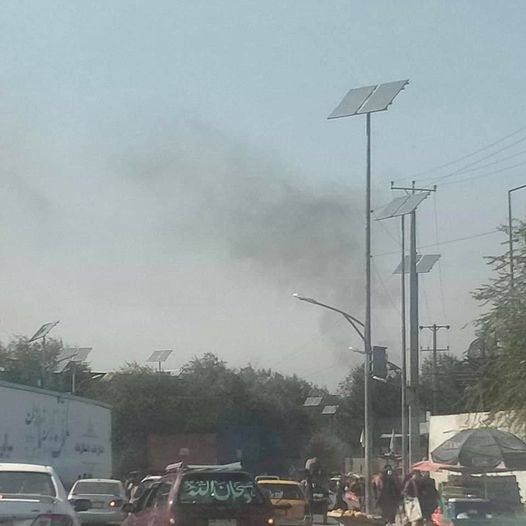 Kabul Emergency Hospital confirms that 9 injured people were taken to the hospital from the scene. A few minutes ago, two consecutive explosions took place near Wazir Akbar Khan Hospital in Kabul.
A source, who did not want to be named, told Pajhwok Afghan News that shots were heard in the area after the blast.

Eyewitnesses said gunfire can be heard coming from the hospital after attackers entered the building.

One attacker reportedly blew himself up at the front entrance.#ArianaNews #Kabul #Blast pic.twitter.com/rwjFQa7FXj

UPDATE: Kabul Emergency Hospital confirms that 9 injured people were taken to the hospital from the scene.

UPDATE: Heavy fighting erupts after two explosions near 400-bed hospital!, But An IEA soldier in the area told Ariana News that at the moment there is no clash & the area is under the IE forces’ control. He confirms casualties but has not given details.

UPDATE: some unconfirmed reports say that15 people have been killed and 34 others injured in the incident so far.